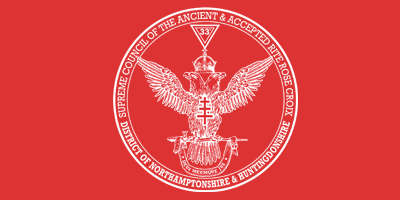 The Supreme Council much regrets its inability to travel round the Districts in person at present, particularly during the 175th anniversary year of our Order and so have started to do virtual meetings for each District, hosted on Zoom, in the hope that the visit will go some way towards keeping members engaged with the Order during this most challenging period.

Our District’s virtual visit was held at 6pm on Monday 28th September and I was delighted to see lots of familiar an happy faces appear once the meeting was opened. Some 65 members from our district were present.

M Ill Bro David Williamson 33rd Degree Grand Chancellor spoke about the current situation and the reasoning behind the Supreme Councils decision to suspend meetings until further notice. He then went on to explain in detail about the financial effects of COVID-19 on the Order and its Headquarters at St James’s. This was very interesting and shows the work that Supreme Council are doing in the well running of our Order. It was also demonstrative of how important our Subscriptions are during this period.

Questions that had been submitted in advance were voiced by V. Ill. Bro Barrie Hall, Past Inspector General and Ill Bro Ian McLachlan, District Recorder, were answered and then a few more questions from the attendees were also answered.

It was also suggested that some lectures could be hosted by King Edward VII Chapter during the suspension.

The feedback received from members over the few days that followed was very positive.

This site uses Wordpress cookies only Find out more